Our October trip to Islay.

Our objectives for these four short days on Islay were to try and visit all eight distilleries on the Island and bring home a Glencairn glass from each of them. Each day we had booked two distillery tours or one distillery tour plus a tourist attraction or country walk. I am pleased to say that we achieved all our objectives and so much more. 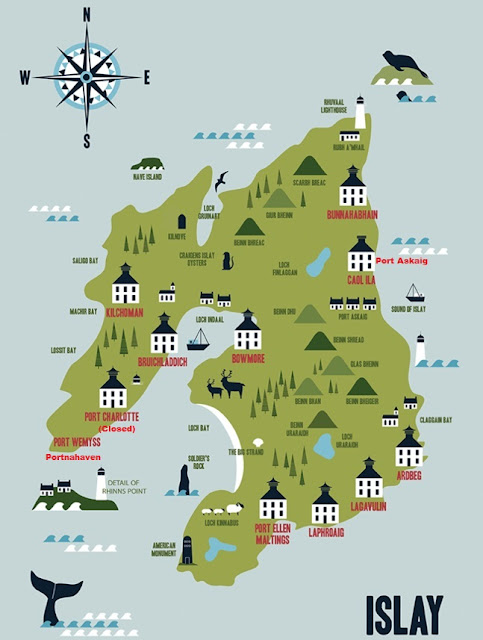 We had planned what was our second trip to Islay really well. We brought with from Israel, Fibre 1 breakfast cereal, low fat cheeses and tons of sugarless sweets. Wednesday we arrived in London and spent Thursday shopping for the trip. Warm clothes including M&S thick socks, and of course essentials like a basic cooking set, kosher soups, more kosher cheese, cakes and lots of chalav Yisrael milk which we took up frozen. The rest of the food: fresh salmon, nuts, fruit and vegetables, we could buy on the island. 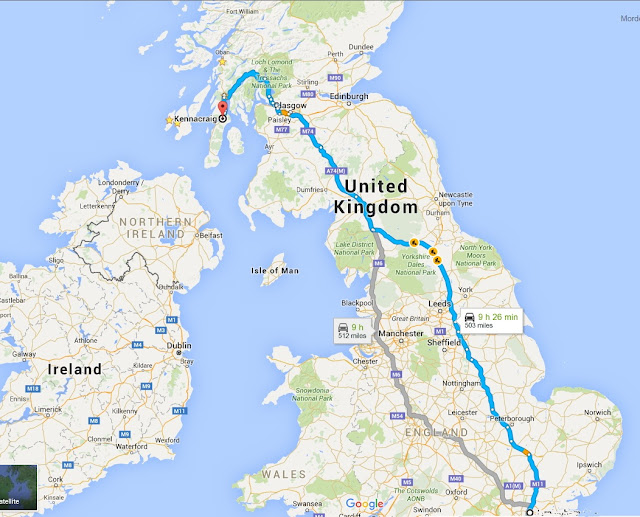 Motzei Shabbos we headed off, driving all through the night (stopping at service stations for coffee and the toilet) and reached Loch Lomond by first light whereby we stopped while I davaned by the loch. We then drove onto Kennacraig with three hours to spare to eat breakfast and shluff until boarding the new Finlaggan ferry to Port Askaig. 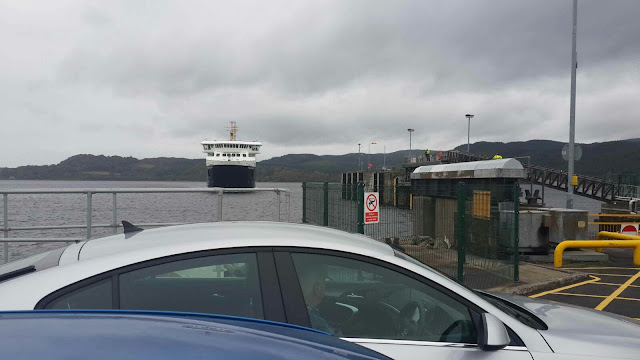 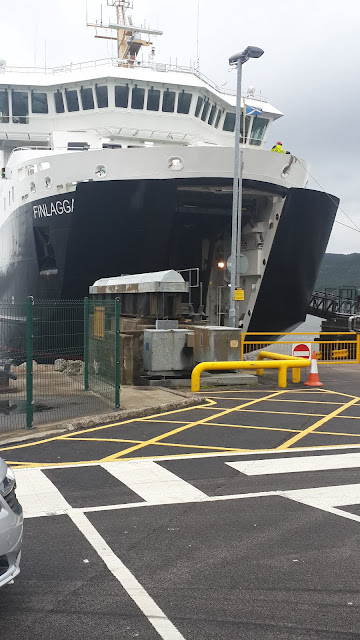 I drove the car onto the ferry and was directed to park it on the side as close to the car in front as possible. 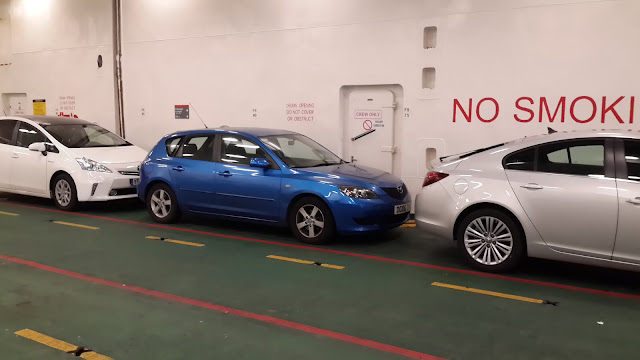 Then we walked upstairs into the luxurious lounge. After drinking a coffee we ventured out on deck to take some "selfies". 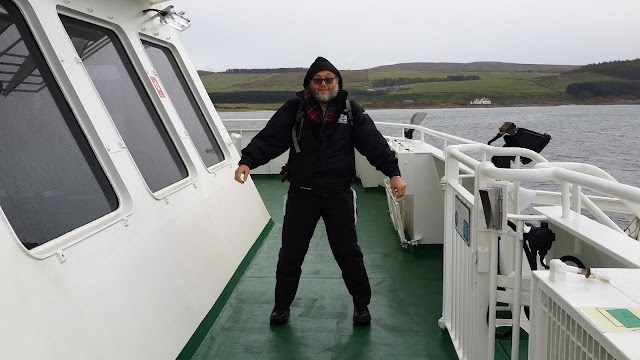 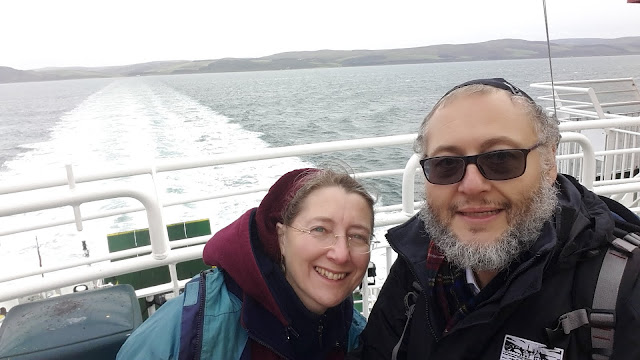 After a two-hour journey in very calm seas we arrived at Port Askaig. 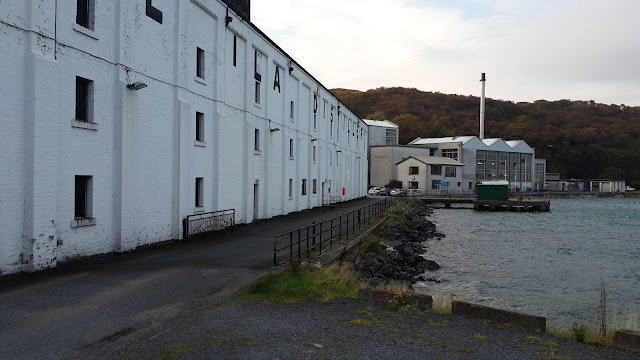 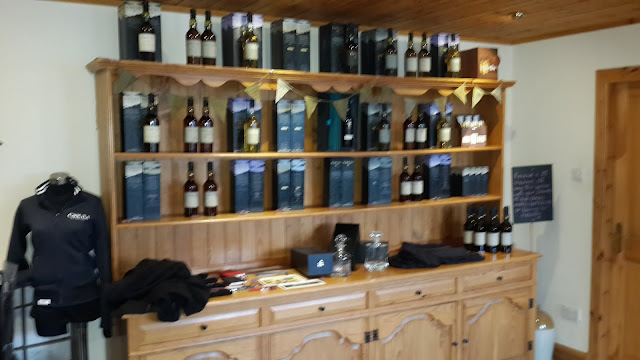 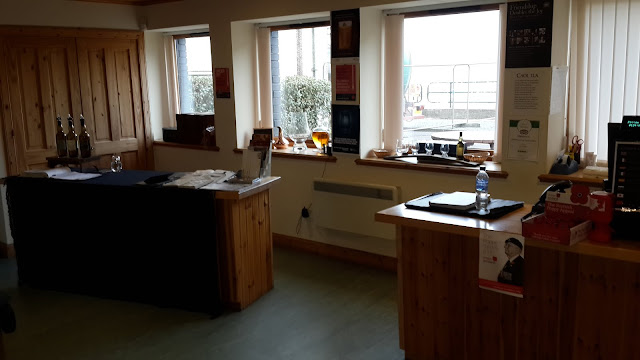 Driving the car out of the ferry and up the winding hill you immediately see a sign to Caol Ila distillery on your right. Despite being tired, I could not resist a short two-minute drive up the narrow road to the distillery to check out the store. We had been on Islay 10 minutes and already I had bought a bottle of Caol Ila 12-Year-Old Cask Strength Limited Edition Feis Ile Distillery only bottling, a Caol Ila fleece, a beautiful whisky water jug and two Caol Ila Glencairn glasses.
A short trip down the A846 road, turning right at Bridgend onto the A847 brings you onto the narrow inner western coastal road, through the wood and past Bruichladdich to Port Charlotte where we had rented a most romantic flat in a fisherman’s cottage, right by the shore. We parked the car right outside the door, in front of our own private beach and pier, in the appropriately named Shore Street. 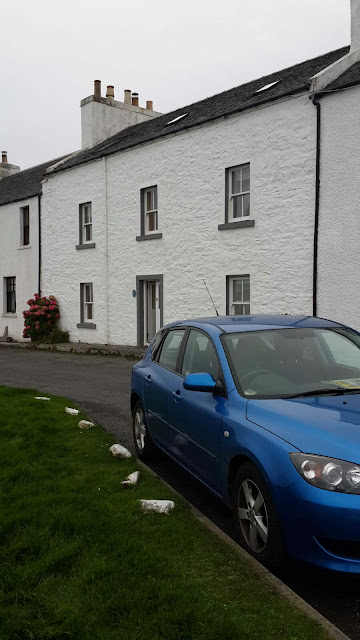 We spent a most relaxing night sleeping to the sound of the sea crashing against the rocks outside our bedroom window. 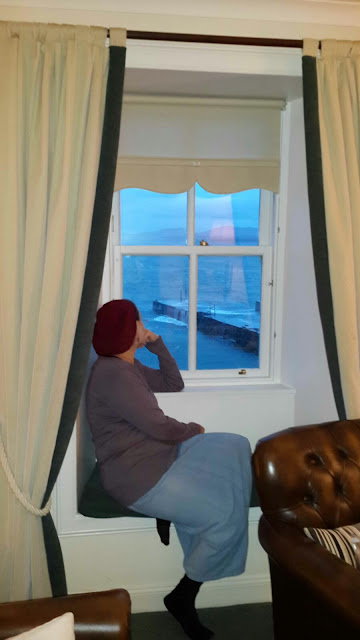 The first morning, before our pre-booked lunchtime Kilchoman distillery tour, we drove down to Portnahaven and Port Wemyss for a walk around. It was well worth the drive down with stunning scenery of the area all around the island of Orsay. On the way back, we made the “mistake” of taking the wrong turning to the left, off of the A847 and found ourselves driving on an unmarked winding road which twisted its way through hills, marshland, beaches and farms until we arrived back in Port Charlotte. It turned out to be the most delightful detour. 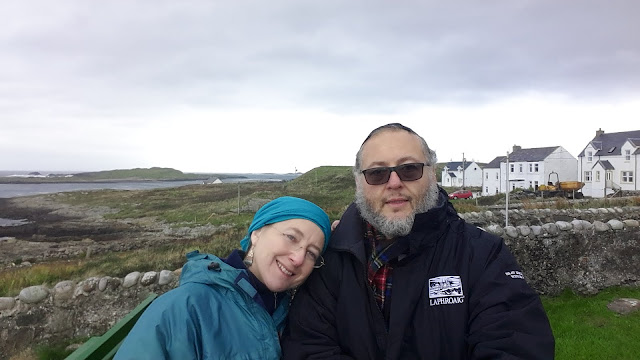 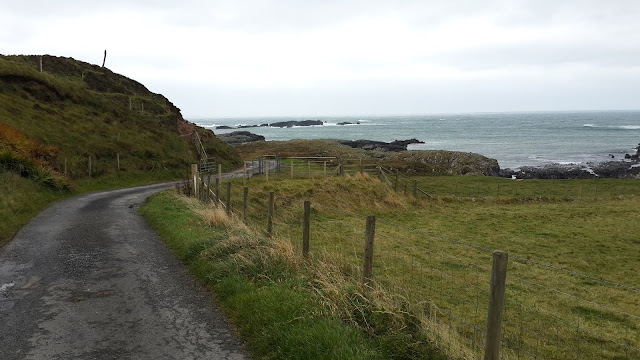 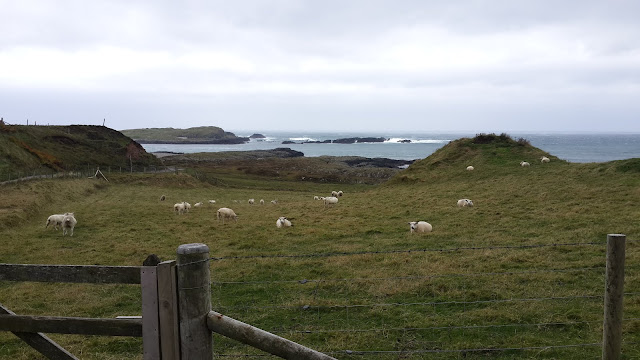 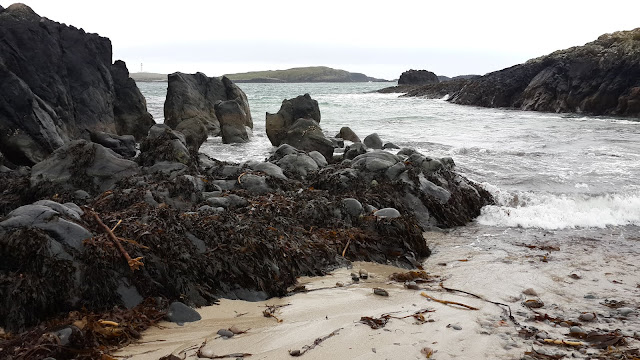 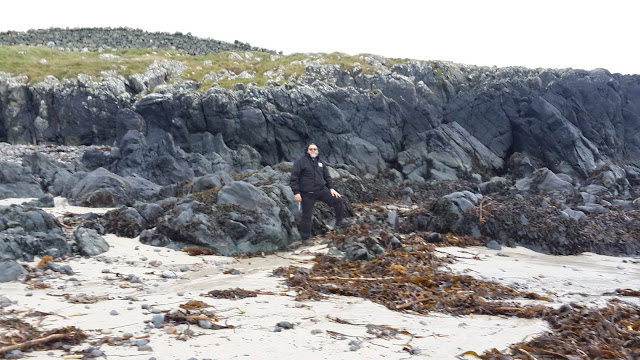 In my next post I'll describe our trip to Kilchoman distillery and afterwards, our visit to Machir Bay. 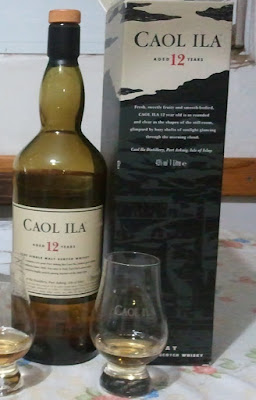 It was now getting dark so we headed back to Shore Street, only a few minutes’ drive away. After a warm and nourishing dinner we sat outside on a bench, all wrapped up, sipping Caol Ila 12-Year-Old and enjoying the sea breeze and view of Bowmore on the opposite side of the bay. Not a sound was heard except the sea and breeze. It seems that most of the inhabitants of Port Charlotte go to bed after 8pm. I’m sure that the pub and nearby Port Charlotte hotel saw signs of life but both were out of sight on the main road and of no interest to us.
Sitting there, I have to tell you that the Caol Ila smelled and tasted so alive with flavours. You have never truly tasted Islay whisky until you have had a glass of the stuff in its native environment, with the salty taste and smell of Islay air all around, on this most romantic of islands. 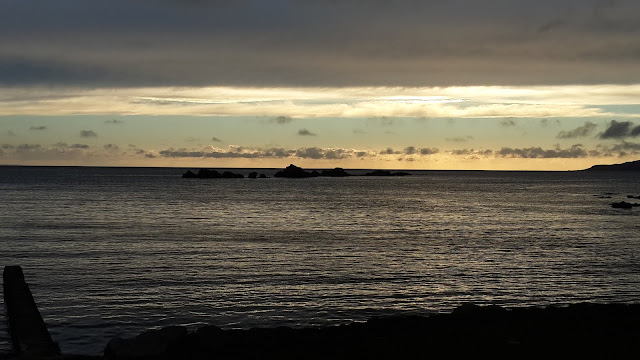 A number of people told us that we were mad to go to Islay at the end of October but I have to say that we were, Baruch Hashem, very lucky with the weather. It was cold but for the most part, dry and sunny during the day.